According to a recent report by WABetaInfo, WhatsApp is currently developing a new photo editing feature called the “Quick Edit Media Shortcut”. The feature will enhance the process of editing media in individual and group chats.

In the first half of this year, WhatsApp already launched a few new features, Including the possibility to add text or stickers to images before sending them. But so far WhatsApp does not provide native support for editing media. If users want to edit an image, they must first copy or save it, edit it in another app, and then resend it via WhatsApp.
With the Quick Edit Media Shortcut, users will be able to edit the images sent or received in chats and groups directly in WhatsApp, without leaving the messaging app. Which significantly speeds up the process of sharing and forwarding media. In addition, the report stated, that the new edited image will not replace the original.

Screenshots shared in the report demonstrate how the new feature works. 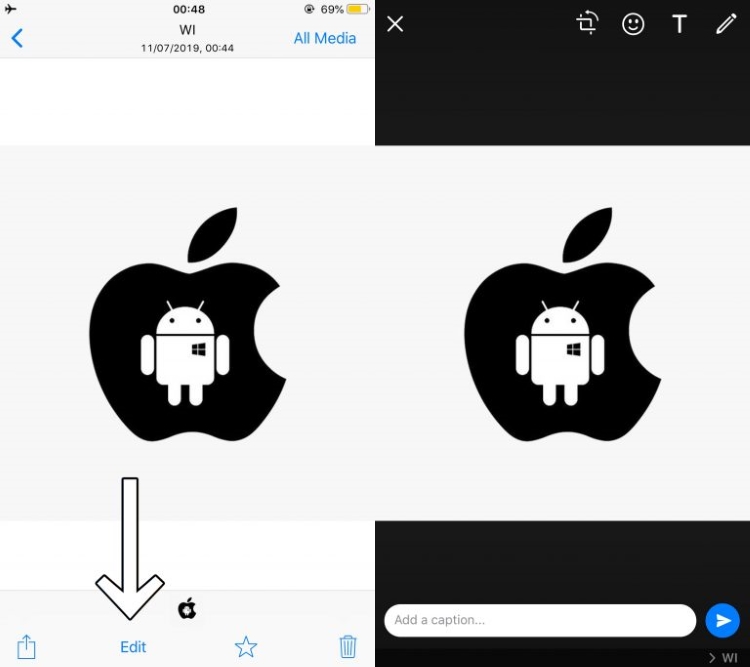 The Quick Edit Media Shortcut will be integrated in the menu options that are available for an image within a chat. The button will redirect users automatically to the new interface that allows to edit the media.

Both Android and iOS platforms are likely to get the new WhatsApp feature in a future update. But when users can expect the release of the new Quick Edit Media Shortcut is still unclear, as the feature is not even in beta yet. So we’ll have to wait a bit longer.