Microsoft OneDrive’s new photo editing features include several basic functions that many users should already be familiar with. Images can be cropped either manually or using social media presets. Rotating or mirroring an image by 90 or 180 degrees is also possible, as well as manual straightening in smaller steps. Various light and colour adjustment options allow you to edit brightness, exposure, contrast, highlights, shadows, and colour saturation. 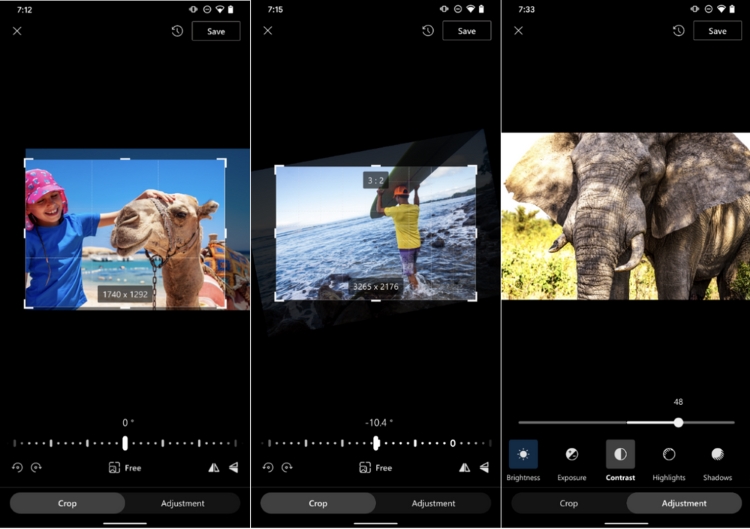 From left to right photo cropping, rotation and light adjustments as seen on OneDrive for Android.
©Microsoft OneDrive, used with permission from Microsoft.

In addition, Microsoft plans to introduce new ways to organise and view photos to OneDive. The new setting will automatically create folders based on the upload source. At the same time, users can organise as well as group their images by month and year.

The new photo editing features are now available for OneDrive for Web and OneDrive for Android (app version 6.30 or higher); currently only for personal accounts. Microsoft plans to release them to work and school accounts this summer, as well as to bring them to iOS later this year.