Augmented Reality (AR) has long been the next big thing. A few weeks ago, Google announced several updates for the Google search function at its annual I/O conference. Including an AR feature with the support of 3D objects in the search results. Since the end of May, the first examples of this feature are available.

If users search for certain items through Google Search, Google’s search results now include 3D models. The button “View in 3D” loads the 3D-Objects and the AR feature then projects them into the real world using the device camera. The technology recognises and uses flat surfaces to integrate the objects in the correct perspective. The 3D objects are partially animated and can be scaled to life size, rotate and move in space.

What’s black and white and AR all over?

A giant panda in Search. pic.twitter.com/P4M2ki7uMe

Currently, the new feature is only available for the Google Search region USA and its functionality is limited. So far, Google integrated several 3D views of certain animals, such as lion, panda, shark, alligator or snake. However, Google plans to continuously integrate more objects into the AR search. 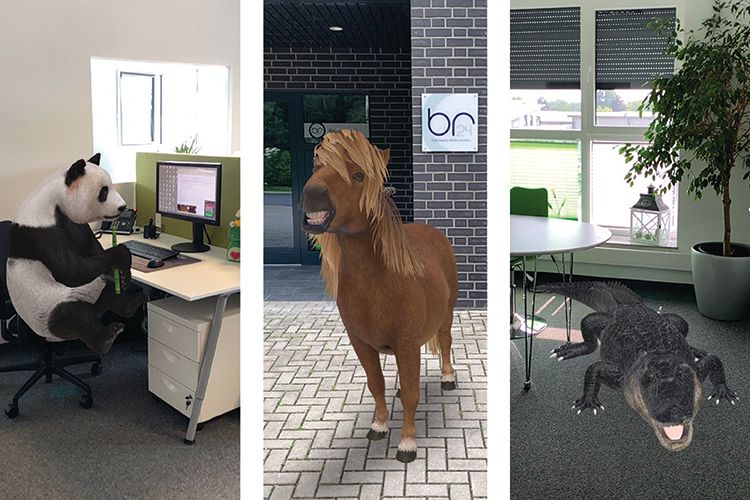 The new feature is particularly interesting for commercial purposes in the field of e-commerce and online shopping. Google wants to enable companies to upload 3D models of their own products in search lists and use the AR function for themselves. A significant enhancement to the user experience. Many companies are already experimenting with new ways to use AR technology and various applications support AR. These allow users, for example, to virtually place objects such as furniture in their own home or to test how clothes, accessoires, even make-up would look on themselves. Google’s new AR search makes this even easier and at the same time increases the pressure on the market not to neglect the AR area.

AR is no longer a niche, but mainstream. The new Google Search AR feature is another confirmation.