The photographer and artist Jean Molitor travels all over the world. His favourite motif: the architecture and buildings from the Bauhaus era. In an exclusive interview with Jean Molitor, we talked about his inspiration, the perfect photo, and how art and image editing fit together.

Born in Berlin Prenzlauer Berg, his professional passion brought him from Greenland to Russia to Africa, Asia and far away South America. He works worldwide as a documentary film-maker as well as street, art and architectural photographer.

At the age of 15, Jean Molitor received his first public recognition for a successful photo in the AG Junge Fotografen. This was later followed by specialist training as a photographer and camera assistant. Based on this, he studied artistic photography at the Academy of Fine Arts Leipzig.

Since successfully completing his studies in 1993, Molitor has been working as a freelance photographer for well-known companies and institutions around the world. During this time he worked primarily in the field of reportage for print media and television productions, is the author of several book publications and was involved in numerous international social non-profit projects (Ukraine, Cuba, Central Africa, Afghanistan, Mexico, Romania). After long periods of work in South America and China, Jean Molitor has devoted himself increasingly to his artistic work since 2004. 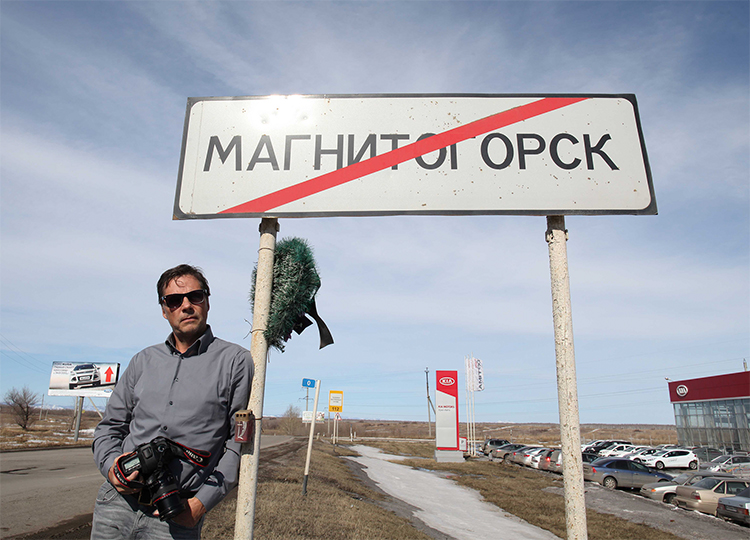 The Berlin cosmopolitan gets his inspiration from all over the world. His works have been seen in many exhibitions worldwide.

Br24: Already for your first art project you focused on architecture. The bau1haus photo book was created. What was your inspiration? And what made you decide to make a second version; bau2haus?

Jean Molitor: The bau1haus project started rather by chance in 2009 in Bujumbura, the former capital of Burundi, in the heart of Africa. I was invited to photograph architecture threatened by demolition and to preserve it for posterity, at least in the picture. In this case it was about a documentary work, which, however, should be implemented in high image quality.

At that time, I decided to focus clearly on the architecture and to record the buildings without the distraction such as car traffic or people, etc., if possible. When I arrived in Burundi, I was a bit astonished because I assigned the buildings to European modernism and found so many buildings from the former colonial times there. Until then, I did not realise how present these colonial traces of stone, mortar and cement are in this small country, and I found it important to keep these traces visible, at least in the photo. How do we want to convey history when we remove all traces of it. After the trip I started to deal more with the topic and asked myself how and when and where did so-called classical modernism come into being, how did it spread and how exactly did it come to Africa. At this point my project “bau1haus” was designed.

A good 12 years have passed since then and I have worked my way into the subject from both a photographic and a content perspective. The documentary project has become an art project with a documentary approach. The first book by Hatje Cantz Verlag was published in 2018 in preparation for the celebrations for the Bauhaus anniversary. At that time I had photographed in 30 countries and probably researched another 30 countries. 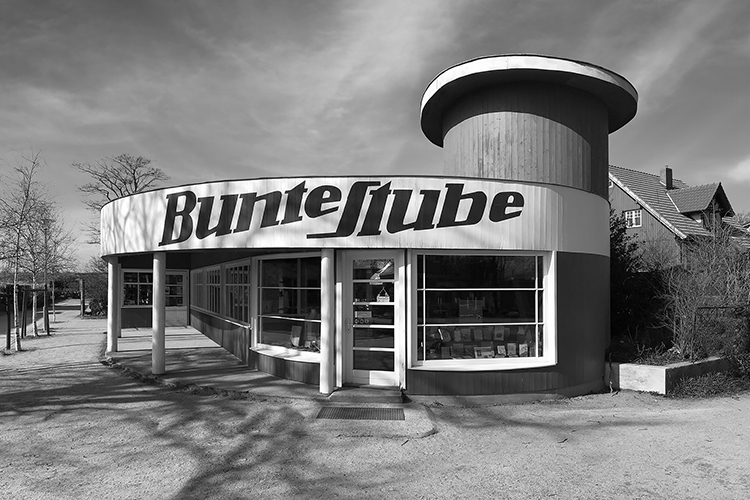 I can put it that way, a passion arose within me. I have been interested in travelling since I was a child, have probably spent half of my life “outside” in the world and I feel like a treasure hunter. It’s just not about gold or diamonds, but about architecture, sometimes very well-known, but often almost forgotten witnesses of their time. Today there are 50 countries in which I have photographed the corresponding and an unbelievable 140 countries in which I have found buildings in the most varied of architectural forms in the sense of the former modernism. Ultimately, that was the reason to publish a follow-up volume in 2021 by the same publisher.

That is an interesting question. I come from traditional photography. I learned it and later studied in Leipzig, today I can call myself a Master of Art ;-)) I still know the thesis that negative equals positive, no cropping, no retouching. Preferably just one thoughtful shot.

Now this is very general and the reality has to be viewed in a more differentiated manner. Ultimately, it’s about the use of the image and not about the status and the “elite” aspect of a photographer. Of course, concentration and ideas are required for the exposure, with the exception of snapshots. When I travel around the world as a street photographer, I basically agree to that. The photos are what they are. No retouching, no cropping. But when I’m on the road for my project or on behalf of a customer, my attention is focused on the product, the final image, the result. How I get there is essentially my business, and every photographer will have their own secrets and approaches about this. The fish-and-egg method – laying a million eggs for one to hatch – is of course not very useful. 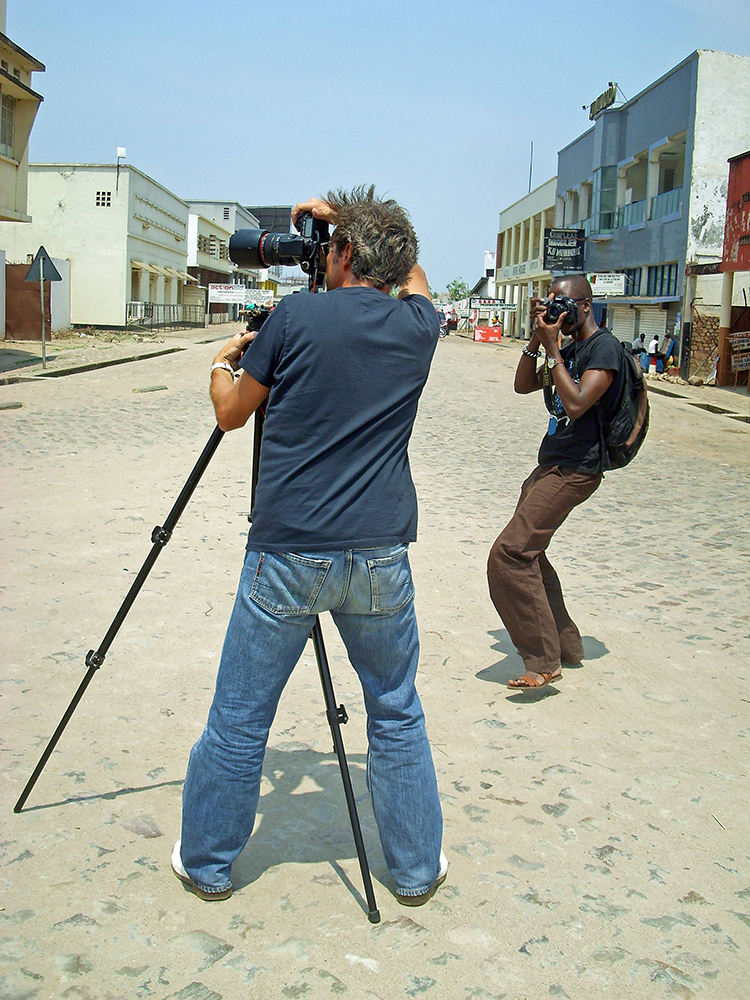 When I think of my bau1haus project, I can remember different variants. Indeed, sometimes a single shot is enough. Perfect light, perfect position and everything is fine. Why then do another 20 exposures or even 100? Sometimes there is only one moment and the picture has to be right. Sometimes the situation is complicated, too much traffic like in Jakarta or Moscow, then I stand at the intersection and it is hard to succeed. Sometimes the weather changes too quickly, it gets better and I can repeat it, it gets even better and I can repeat it all over again.

Thanks to digital photography, however, what has been photographed can already be examined on site and I can see exactly when I have finished and have the motif in the can. In that sense, I try to get by with a few shots, but the result counts. I cannot fly back to Indonesia so quickly if I mess up because I just want to take a picture, that would not be ecologically responsible either.

My art has a purpose and does not want to use many explanatory words. The bau1haus project is based on a clear concept. I work according to this concept. It means that the subject of my picture is a certain type of architecture. I photograph these in such a way that they are depicted as completely as possible and the shooting positions are always similar, that is I try to avoid bird’s-eye view or extreme frog’s-eye perspective. Spectacular lighting situations are also not aimed for. The idea behind this is to be able to contrast these many different buildings in order to compare them in the best case. The viewer may have questions about possible parallels, that is what the project intends. It is about questions, not answers.

In order to achieve this comparability, I use certain approaches. If possible, I take photos in the sun from a normal perspective, preferably without effects, rather simple. I try not to have people, cars or the like in the picture, which means that I often go to the buildings on Sundays when the traffic has not yet started. Sometimes a cable in the picture or a Dixi toilet parked there five minutes ago bothers me. In such cases, the classic image clean-up, which is by no means an invention of the digital age, helps. During my apprenticeship and later in my studies, that was a separate training area, image pacification. This is important to support the message of the picture. This also includes colour correction or colour conversion as well as the rectification of converging lines (shifting), which we used to do in the laboratory and which is now done on the computer. 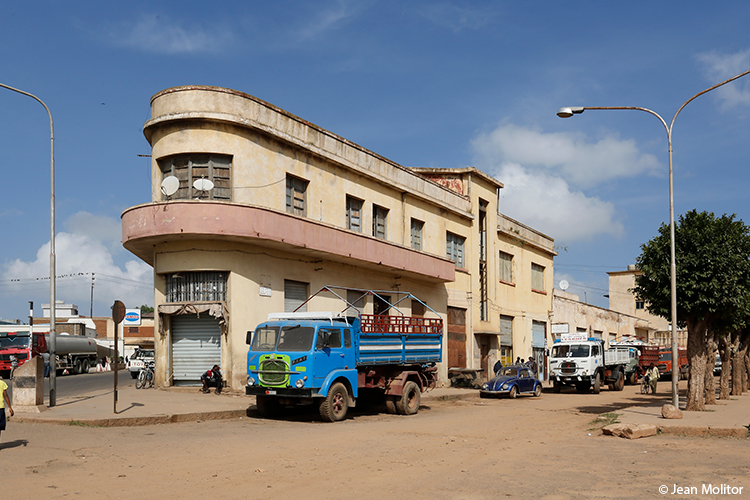 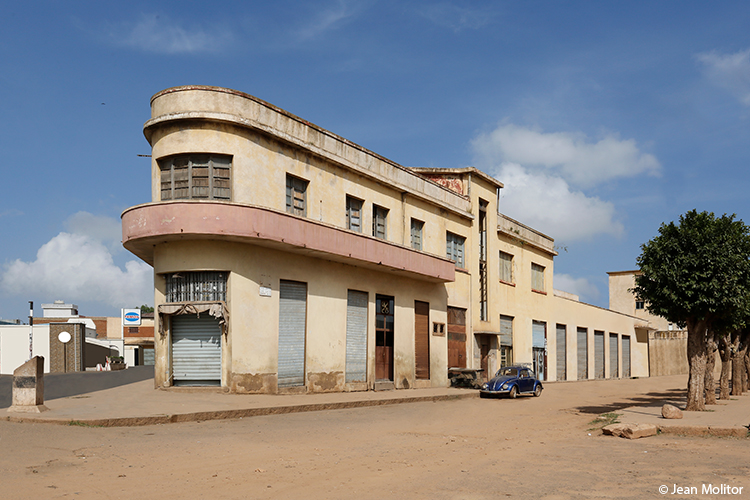 Traditionally, architectural photography means working with a tripod and a view camera in the best of cases. By offsetting the image and lens planes, converging lines can be eliminated as far as possible when taking the picture. In addition, low film sensitivity, high aperture and, if possible, a grey filter ensure long exposure times. In the past, at least in the case of Photogrammetry, this had the effect that moving objects were barely recorded. If the budget allows it, it also helps, as is often the case with filming, to block the road for a short time and then persistently wait for the ideal light. 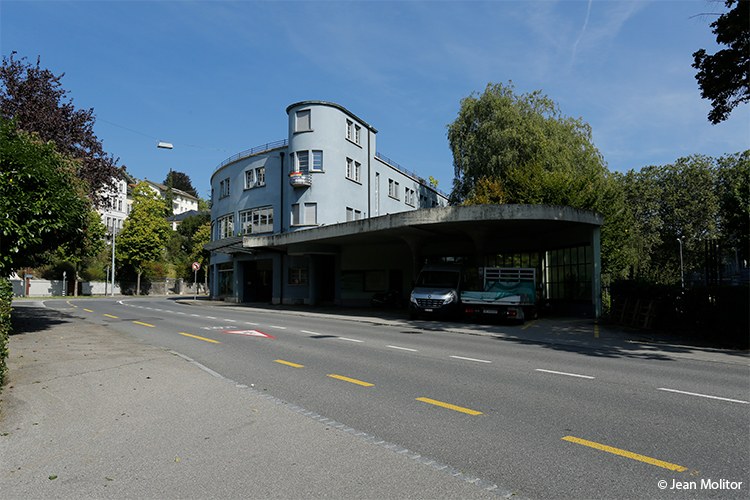 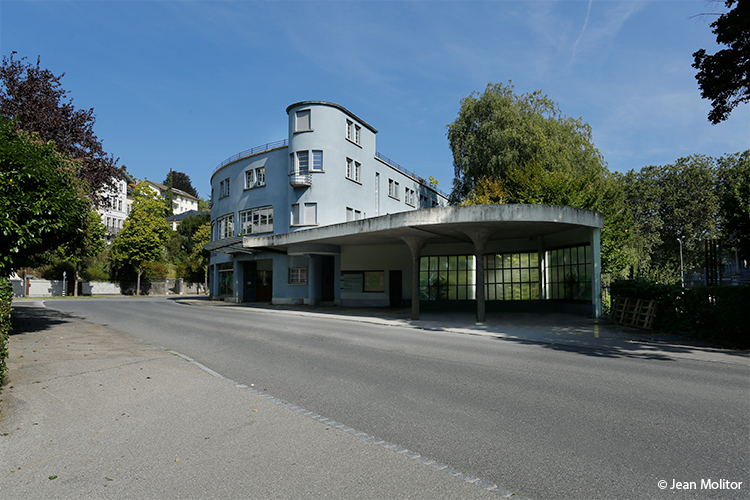 With my privately financed project, a lot of that is illusory, that is, cannot be implemented. When it comes to international operations, the local conditions are very different. Temperature and weather conditions alone. In 2017 it was around 45 degrees in Congo and a week later I took photos in Magnitogorsk at -20 degrees. In addition, there are certain sensitivities of the regions such as bureaucracy, security, permits or crime. In Burundi in 2009, taking photos without a local permit and two police officers by my side was inconceivable. For these reasons, my equipment is specially adapted for this project. My long experience abroad is an essential point. In the end, technology is just the tool. Technical knowledge and a high level of flexibility on site have led me to success so far and, as my professor always said to us students, the person behind the camera is important.

You have been working with Br24 for a long time; since 2012 to be precise. Why, how did it come about?

That is also an interesting question. Basically, I could put it casually, because I am too lazy to do this myself. On closer inspection, I am not good enough in this field and often do not have the patience to meet my own requirements. To remove certain details from a picture can also sometimes be a tricky task. I also love to work in a team and to exchange ideas. I see communication as one of the pillars of my work. It starts with the research and continues through to the exhibition. There is now a great network that extends around the globe, just today a whole folder with information came from Tehran.

Image pacification has always had its place in certain areas of photography. My art project is about calmness in the picture, in order to be able to show the viewer the architectural form without distraction, so that he can grasp it as a building complex. This is often not easy to implement under current conditions and when comparing it with historical recordings, the change in time and space becomes apparent. Nevertheless, I have the claim to positively grasp the object in my sense and, among other things, Br24 helps me with advice and action and, above all, with competence. At this point, I would also like to thank you very much! 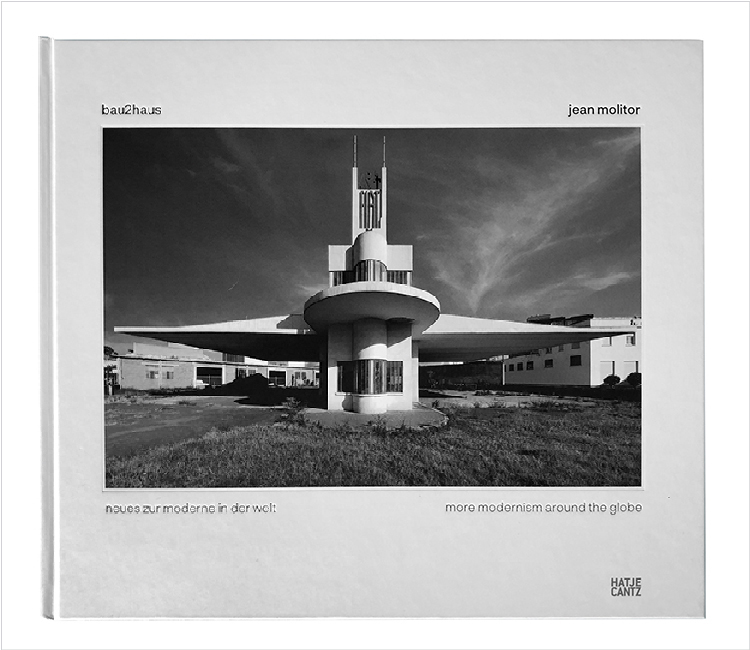 Jean Molitor „bau2haus – more modernism around the globe”, published by Hatje Cantz Verlag, is now available as a bound hardcover. The second book is a limited edition and gives a wonderful insight into a trip around the world through countries such as Mozambique, South Africa, Kenya, Guadeloupe, Albania, North Macedonia or Turkey.