We did the test for you

Apple’s iOS 16 has been available for users since the beginning of September. The major update offers many features. Including a redesigned lock screen, new message functions, enhancements for Apple Maps and more.

However, as an image editing company, we are particularly interested in one new feature. The function with the somewhat unwieldy title “Lift subject from background”.

At Apple’s Worldwide Developer Conference 2022 (WWDC), the demonstration of this feature already caused a stir. 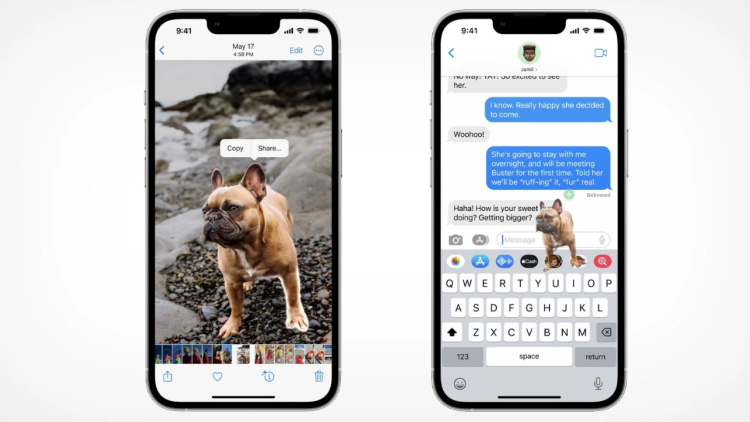 All the more surprising that Apple apparently decided not to pay much attention to the tool. In any case, the function already has numerous enthusiastic supporters among users, who have quickly renamed it to ‘Photo Cutout’. On the internet, countless funny use cases are circulating. We too have tried out the new function.

The Photo Cutout tool is an improvement of the existing “Visual Look Up” feature, which Apple already released last year with iOS 15. “Visual Look Up” recognises animals, plants, landmarks and other objects in photos. With the new feature, objects can now be extracted directly from pictures and, for example, integrated and sent in messages.

1. Open the photo from which an object should be clipped.

2. Touch the object with your finger and hold it until a glimmer appears on the screen. The feature now separates the background of the photo from the object and turns it into a separate image.

3. Now the selected object can be copied or shared directly with a click.The new image can be inserted, for example, into iMessage or WhatsApp or shared by email and Instagram.

In our practical test, this works surprisingly well. Especially when there is a strong contrast between the subject and the background, the Photo Cutout Tool exposes the selected object quite precisely. The more undefined and complex the edges of an object, the less accurately it will be clipped. All in all, this is a great extension for quickly and easily cutting out a wide variety of objects and removing distracting backgrounds. 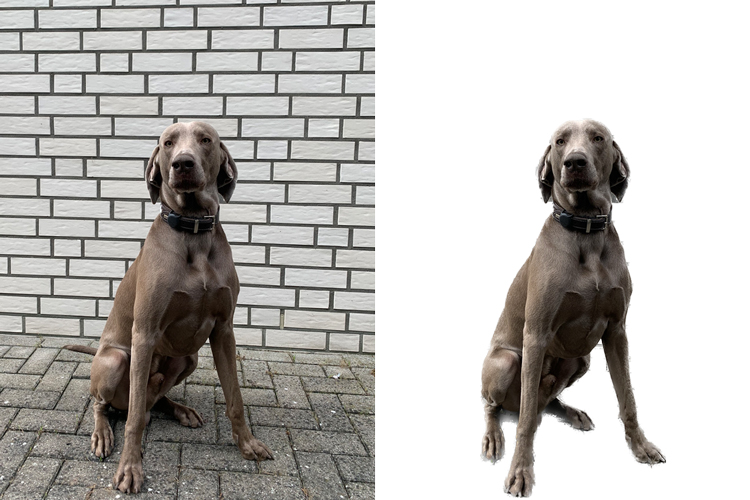 iOS 16 has been distributed since 12 September 2022, but the cropping function is not supported on all devices.