With Gallery Go, Google has recently rolled out a lightweight alternative to Google Photos. The app is designed to operate offline, and to let people with unreliable internet connections easily organise and edit their photos. Like Google’s regular Photos app, Gallery Go uses machine learning to sort photos and comes with a lot of easy-to-use editing tools. The new app also allows creating folders and supports SD cards In addition, Gallery Go takes up just 10MB of storage space. 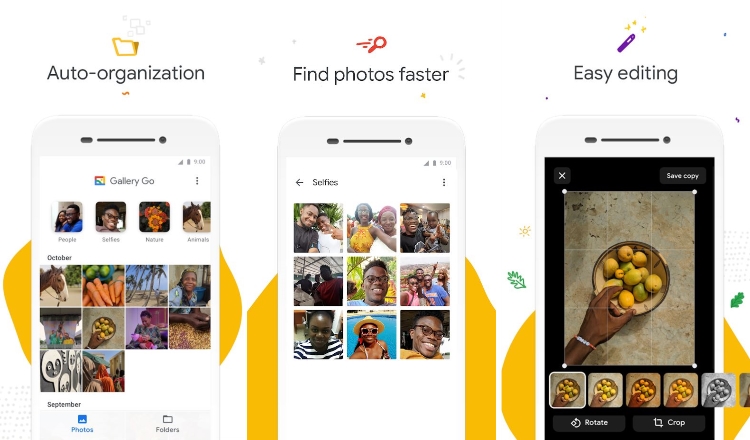 Google introduced the new app at the annual “Google for Nigeria” event. With Gallery Go, the company targets people in developing markets such as Nigeria and other African countries. Where unreliable internet connections as well as inexpensive smartphones without powerful processing are still widespread.
Google is not alone with this approach. With so-called, Lite-apps more and more companies are trying to expand beyond developed markets such as Europe or the US. Facebook already released several lightweight versions of its regular apps with Facebook Lite, Messenger Lite and Instagram Lite. Twitter and Uber also followed the trend. With Android Go, Google has even developed an optimised version on the OS level, designed for smartphones with a low performance.

Gallery Go is now available in the Google Play Store for Android 8.1 or above.